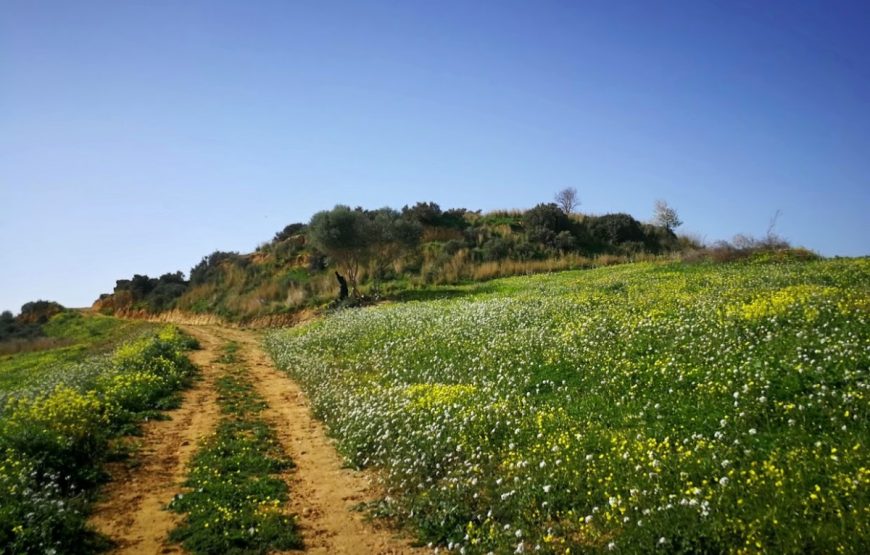 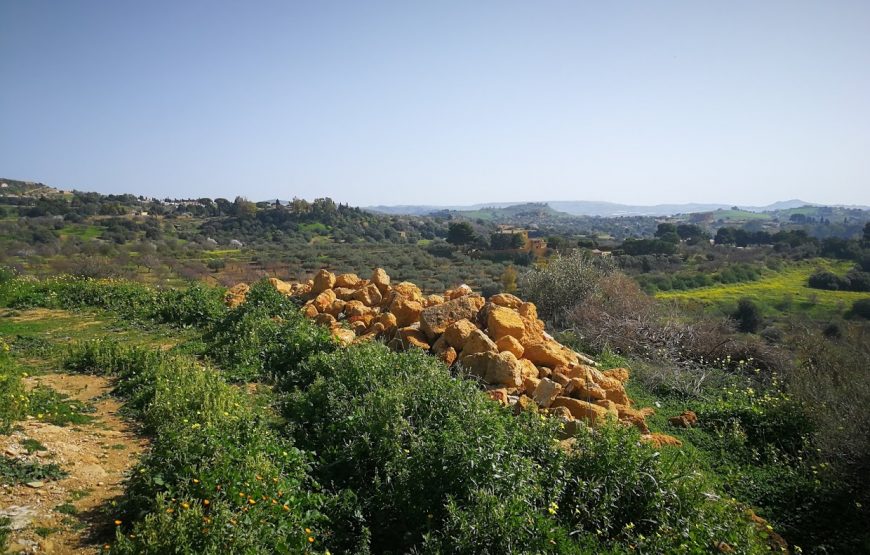 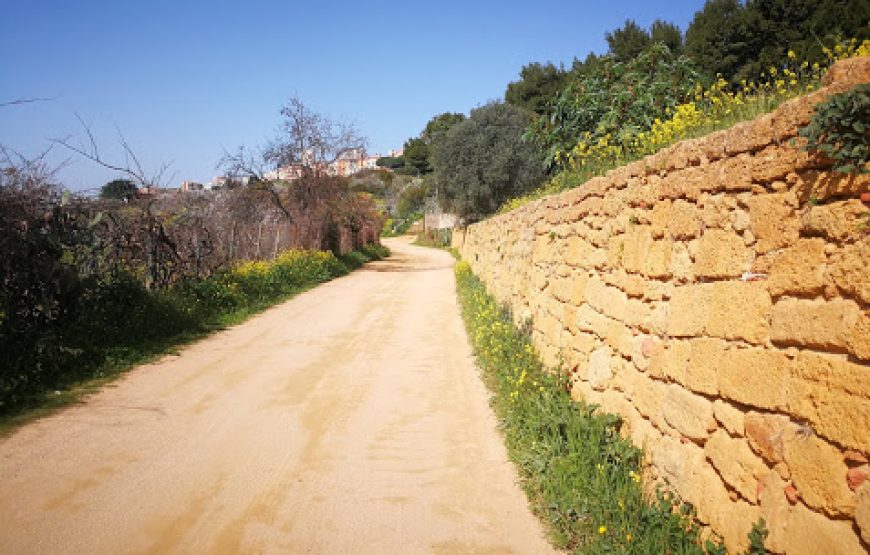 A Guided Archaeology Hike in the Valley of the Temples.

Step away from the crowds of the Valley of the Temples, in the nearby almond and olive trees grove!  Take a hike with a knowledgeable guide to unveil the secrets of the ancient city of Akragas and visit the remains of its western fortifications. We will stray a few hundred metres to explore little-visited hidden corners. These spots reveal some surprising archaeological evidence and recount the great tale of classical Greek civilisation through the recounting of stories from the past.

In search of the hidden secrets of ancient Akragas, we will walk along country paths and old trails, amid almond and century-old olive trees, to Poggio Meta. From this panoramic knoll and vantage viewpoint, we will have an overall view of the site of ancient Akragas. We will retrace the history of the Greek settlements in the West and discuss the relationship between architecture, urban planning, and the daily life of the ancient Greeks.

Then, we will move into the western part of the fortifications, in the valley of the ancient Ypsas River (today Drago). Here we will visit the remains of gates VI and VII and ponder on the art of warfare in the Greek world and the role it played in the society of the time.

Secrets of ancient Akragas Tour: archaeology guided hike to learn the secrets of the Valley of the Temples and explore the remains of the fortifications of Akragas. At the end of the hike, you will have enjoyed a unique cultural experience, reliving fascinating key aspects of the daily life of the settlers in the ancient Greek polis of Akragas. 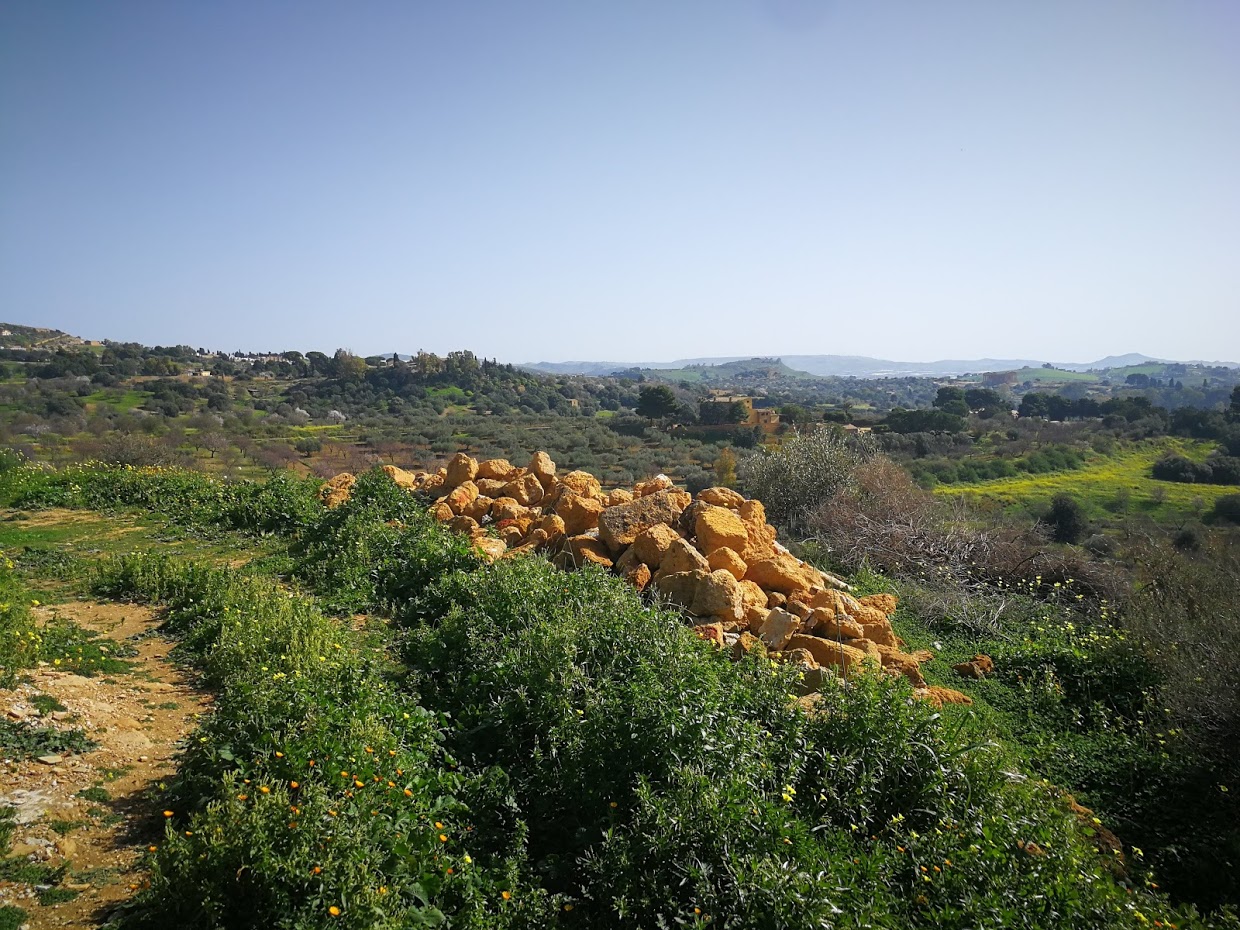 Meet the guide in the parking area of the Archaeological Museum. Guided hike along an ancient trail, amidst almond and olive trees, to Poggio Meta. Panoramic view of the site of ancient Akragas and the Mediterranean Sea. Then, continue to admire the remains of the ancient walls. Return to the departure point.