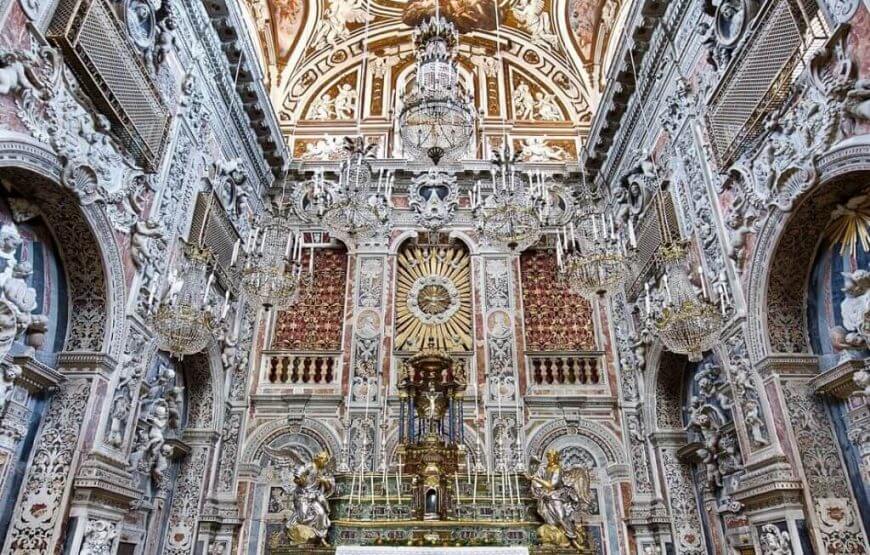 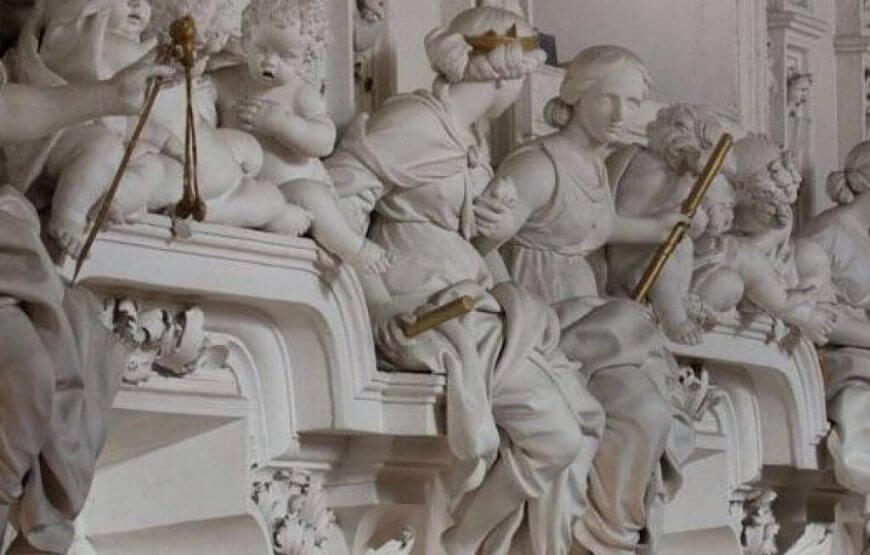 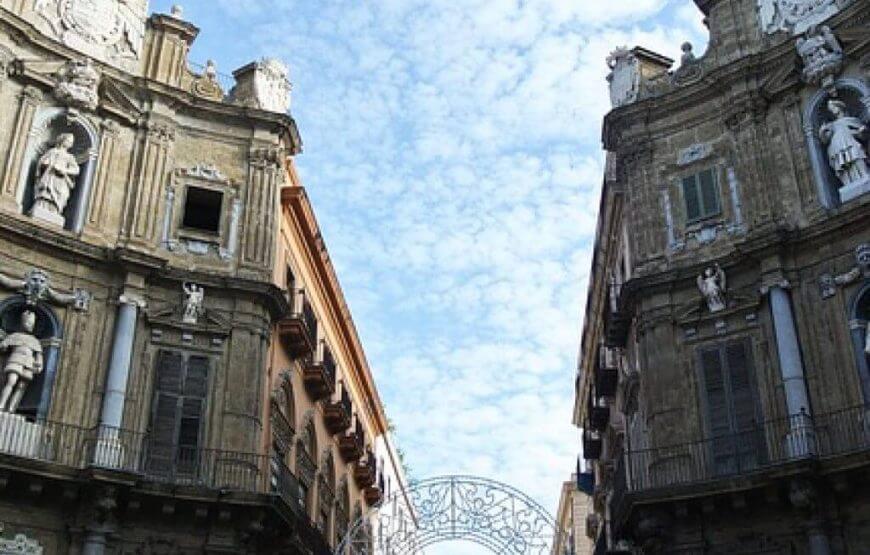 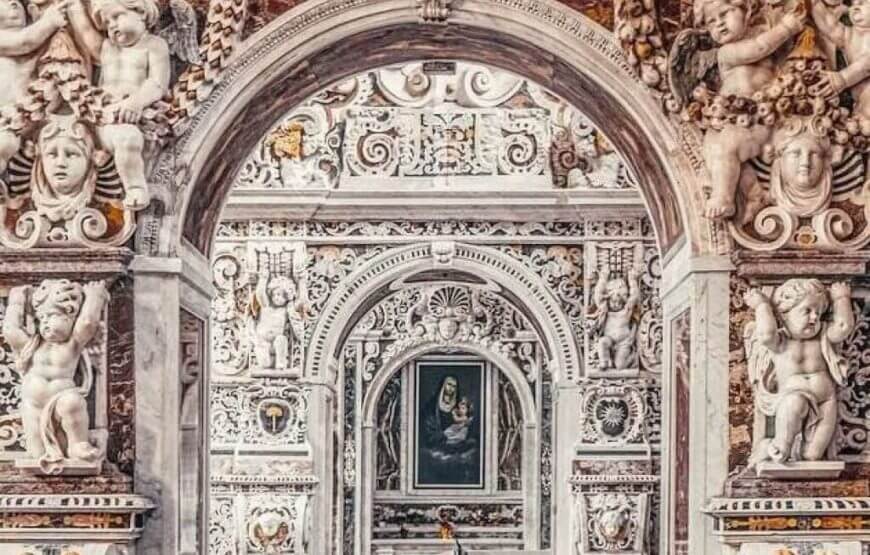 The Baroque in Palermo Tour

The Private Tour of the Baroque in Palermo is ideal for art lovers who wish to learn about the peculiarities of a style that fully expresses the splendor of the Spanish era in Sicily.

The palaces, squares, and especially, the churches of the 1600s in Palermo, become scenic places where artists represent the renewed glory of the Catholic faith after the crisis of the previous century. The visit to the monuments of this period will give you the distinct feeling of attending a competition among the masters of the art of that time, engaged in embellishing the buildings and the open spaces of the city. A profusion of colored marbles, stucco, statues, and frescoes, a true decorative triumph that will remain etched in your memory.

The guided tour of the Baroque in Palermo starts in Piazza Villena, better known as Quattro Canti, the meeting place between Via Vittorio Emanuele and Via Maqueda, and the fulcrum of the Spanish part of the city. This intersection develops vertically on three levels with 4 statues each, for a total of twelve statues. Each level has a symbolic meaning to be interpreted and revealed. We will continue to Piazza Pretoria, the ancient seat of the Senate of Palermo, now home to the Palace of the Eagles, the City Hall. At the center of the square is the famous Tuscan marble fountain that counts more than 40 statues.

A few steps away there is another beautiful square, dedicated to the memory of Vincenzo Bellini. Here is located the church of Santa Caterina. Inside this sacred building, home to a large monastic community of Dominican nuns, the virtuosity of the artists of that time reaches truly sublime levels. After the visit, a short break for a coffee in the oldest coffee shop in Palermo and continue on foot to the Oratory of Santa Cita walking along the nineteenth-century Via Roma. The Oratory is the most amazing example of the art of stucco that in Palermo is related to the prestigious name of Giacomo Serpotta.

The Baroque in Palermo tour will introduce you to an important aspect of the Sicilian culture, not only from an artistic perspective. The itinerary can be modified and extended for the whole day to include other significant monuments of the period.

The tour starts from the “Quattro Canti” of Palermo. We will walk through the historical center. First, stop in Piazza Pretoria. Then visit the interior of the Church of Santa Caterina, defined by many as the “most beautiful church in Palermo”. Last stop at the Oratory of Santa Cita, a masterpiece of the master of stucco Giacomo Serpotta