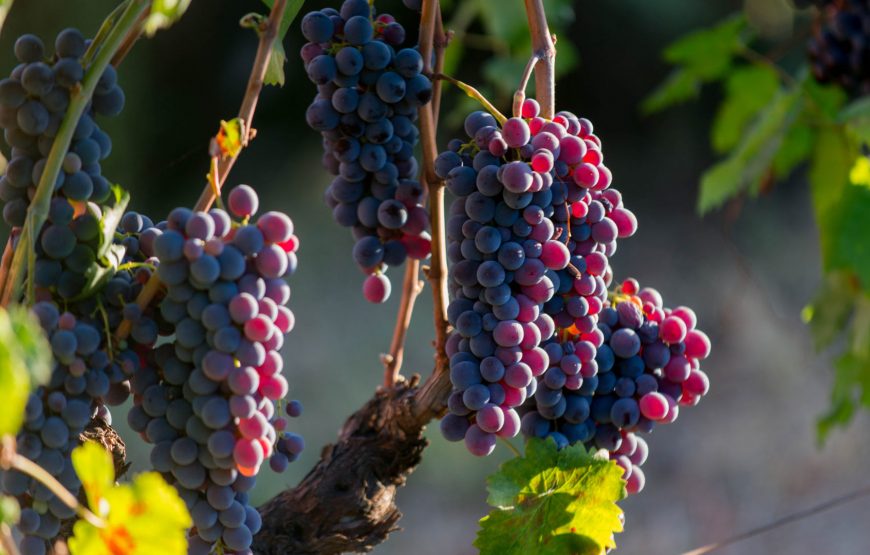 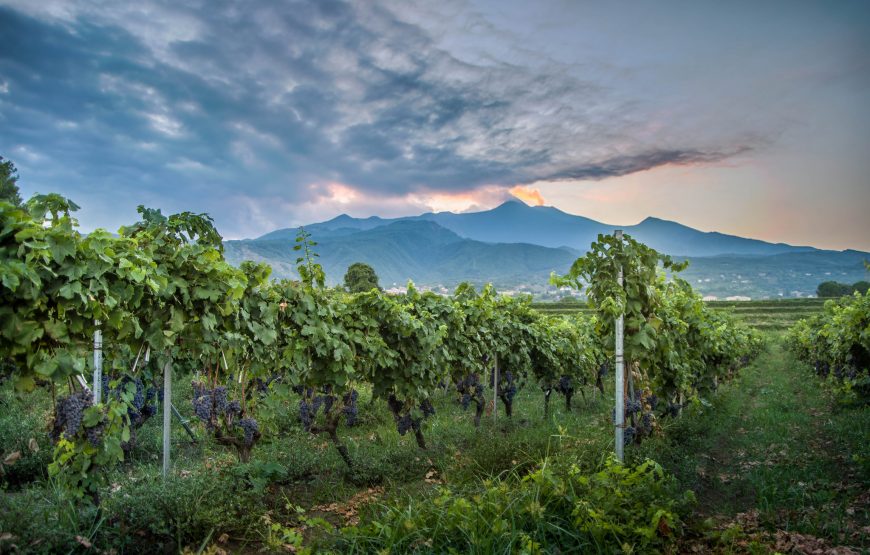 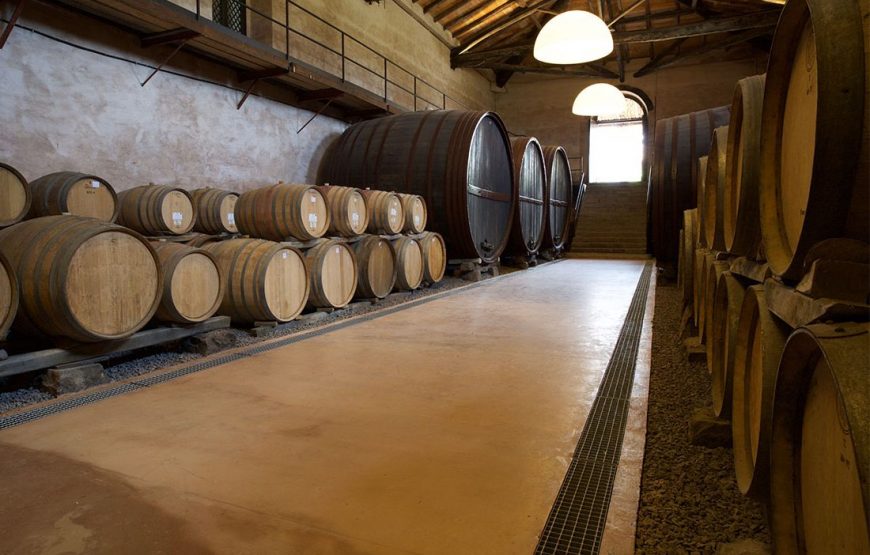 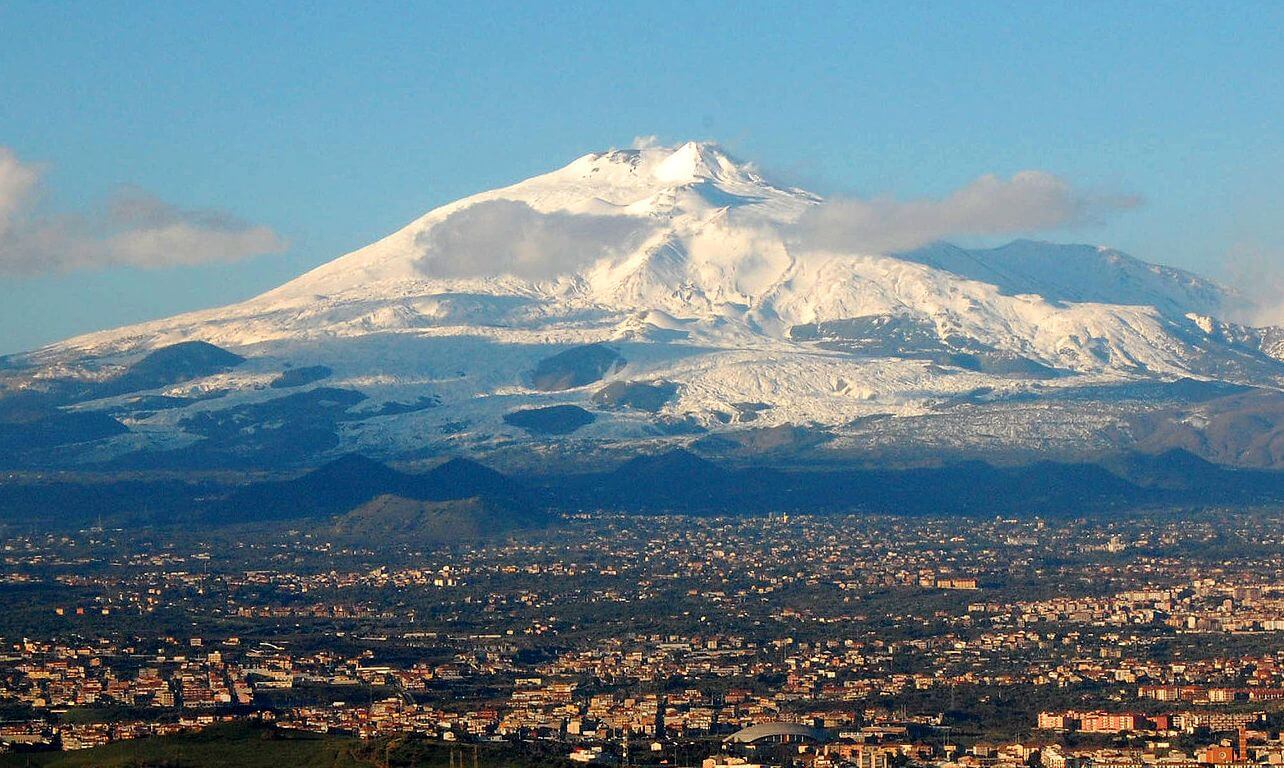 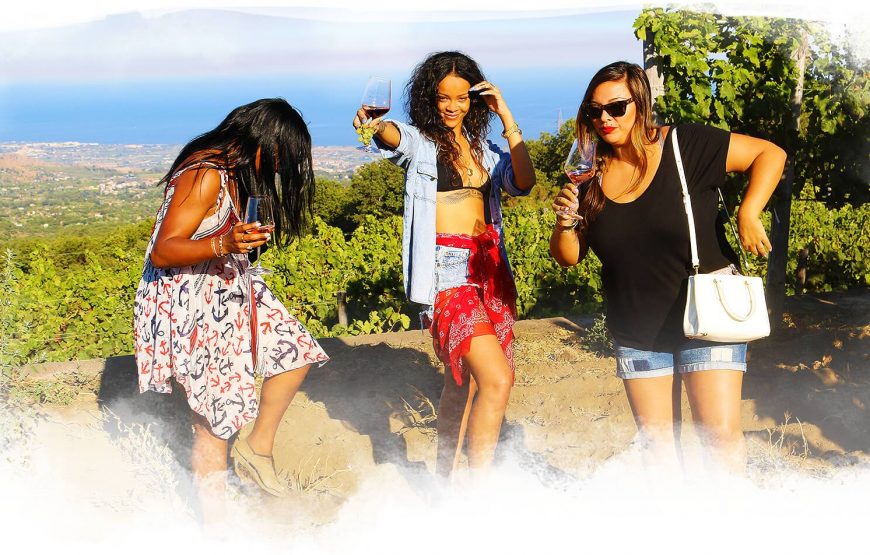 Our Mt Etna Wine Tour takes you to the Etna wine region and to three of the top wineries! Vines have been cultivated on Mt Etna since ancient times, maybe from the beginning of the Bronze age, which is 4 or 5 millennia ago. The Greeks introduced new systems of cultivation and elevated wine to a deeply-rooted cultural phenomenon. Theocritus wrote about the vineyards on the slopes of Mt. Etna in the 3rd century BC.

Despite the difficulties due to the volcano eruptions and the presence of fine sands in the soils that damage the vines, the wines produced today on the slopes of Mt Etna are of excellent quality. They were the first to qualify for the DOC designation in 1968. They include rosados (rosé’s), dry white and dry red wines, and are made mainly from Caricante, Catarratto, and Nerello Mascalese, a deep-colored black grape with spicy notes mostly grown in eastern Sicily.

The first stop of the Mt Etna Wine Tour is Santa Venerina. The historic estate of Murgo, situated in privileged position southeast of Mount Etna, has been making wines traditional to this territory since 1850. The volcanic soil gives the wines a particular mineral taste typical of Mount Etna, as well as unusual finesse, aromatic complexity, and strong personality. The Murgo sparkler is made from the native Nerello Mascalese grape in the method champenoise (the traditional method by which Champagne is made). Visit the cellars and wine tasting.

Then, we proceed to Milo for a visit to the Barone di Villagrande Winery which has belonged to the Nicolosi family since ancient times. In 1727 a decree issued by Emperor Charles VI conferred privileges and the title of Barons of Villagrande to the Nicolosi family also in recognition of their skill in the production of the famous wines. The farm lies in the heart of the d.o.c. Etna and Etna Bianco Superiore appellation zone. The volcanic soil and the typical mountain climate create a unique condition allowing the production of wines with moderate alcoholic content but rich in fixed acidity and extracts.
Visit the cellars and wine tasting.

The last stop of the Mt Etna Wine Tour is Azienda Agricola Gambino, a beautiful example of the high-altitude Etna vineyards, planted with native vines. The changes in temperature between night and day allow a phenol and aromatic ripening that is essential for the color and taste of the red grapes and for the aroma of the white wines. Furthermore, the volcanic ground is rich in potassium (with a concentration that is twice as much as that of other grounds), which supplies an equilibrated sugar content of the grapes and a proper relation between acids and alcohol. This is THE place to discover the pleasure of the Etna wines and the extraordinary character of the volcano, with its breathtaking views of the central crater, the Nebrodi Park, and the gulf of Taormina. During wine-tasting, typical local foodstuffs are offered

Sicily Travelnet organized an excellent wine tasting tour for my wife and I during a recent visit to Sicily. We visited three very interesting wineries on the slopes of Mt Etna where we were hospitably received and entertained. We tasted the full range of wines grown on the mountain’s volcanic slopes, finding the lovely bouquets and crisp acidity of whites made from local grapes Caricante and Catarrato particularly appealing. Three is the right number of vineyards to visit in a single day and Sicily Travelnet’s selection of wineries was perfect – as was their organization, courtesy, and punctuality. We also learned much local lore and history from our fluent English-speaking driver, Giacomo, during the day