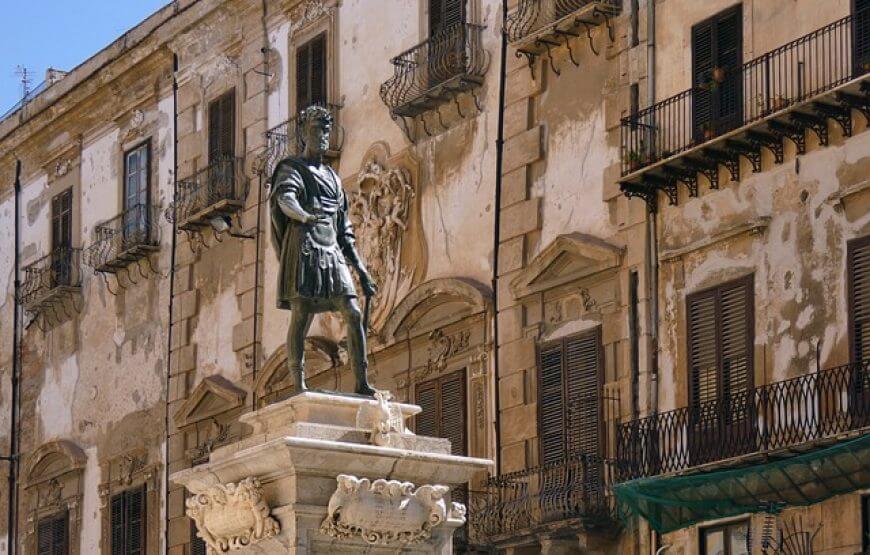 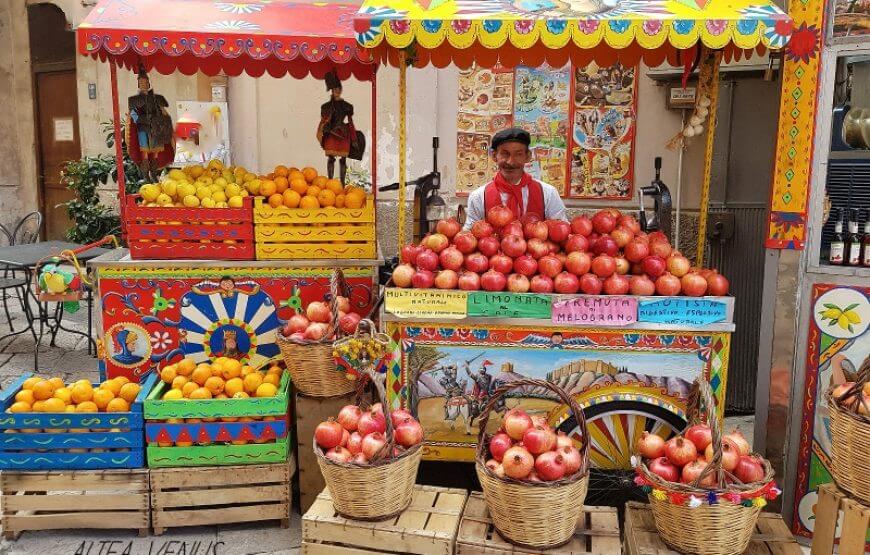 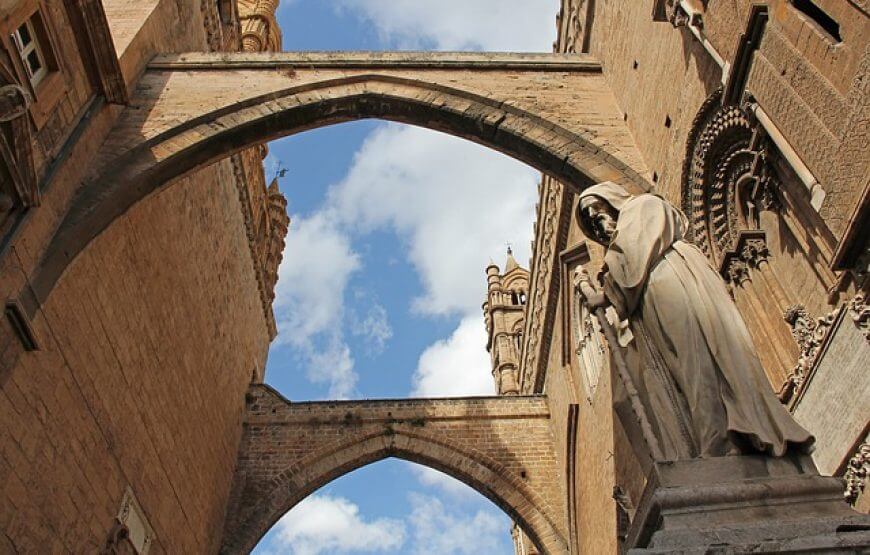 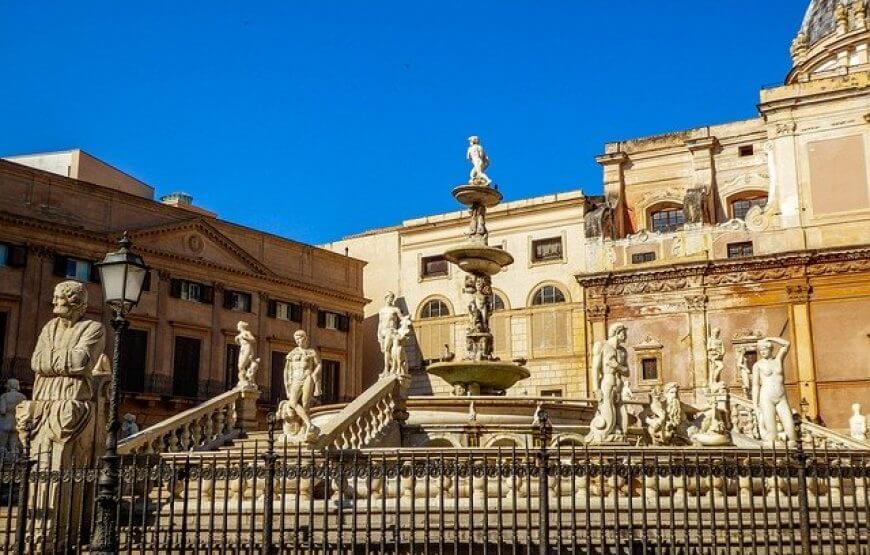 Palermo Walking Tour. Discover with a private guide the magic of Palermo

The Palermo Walking tour  is the best introduction tour to the “capital” of Sicily. The city is a longstanding symbol of multiculturalism. Since ancient times, it has been a meeting place for people, art forms, traditions, languages, flavours, and fragrances. The many civilisations that have conquered and inhabited it over the centuries have left their distinctive imprint indelibly. Rarely a place arouses so many feelings and emotions, often conflicting with one another.

This is the charm of Palermo: its thousand faces and its varied atmospheres that capture every visitor.

Layered civilizations and cultures emerge in various corners of the historic center. Palermo has been Phoenician, Roman, Byzantine, Arab, Norman, Swabian, French, and Spanish. Here you can find unique styles such as the Arab-Norman (Unesco heritage since 2015) or the Gothic-Catalan. Both pieces of evidence of the continuous alternation of cultures in the past so different from each other. In these places, they merge into a surprising and, at the same time, harmonious unicum.

Our Palermo walking tour takes you to the city’s historic center, whose pedestrianization was recently completed. Your local guide will accompany you to discover the squares, alleys, and monuments. As you progress along the route you will get the feeling of changing place and historical period. You will discover the incredible variety that has always characterized the capital province of the island

Via Maqueda, the main street of the city of the Spanish period (XVII sec.)

Pretoria Square (or “of shame”) with the palace seat of the Town Hall and with the splendid homonymous fountain in Carrara marble that counts more than 40 statues (XVI sec.)

Via Vittorio Emanuele (the “Cassaro”), the oldest street in the city (VIII sec. AC)

Cathedral (visit of interior), synthesis of the history of religious architecture of Palermo) (XII sec.)

Gardens of Villa Bonanno (XX sec.), built over the remains of the prehistoric Phoenician city