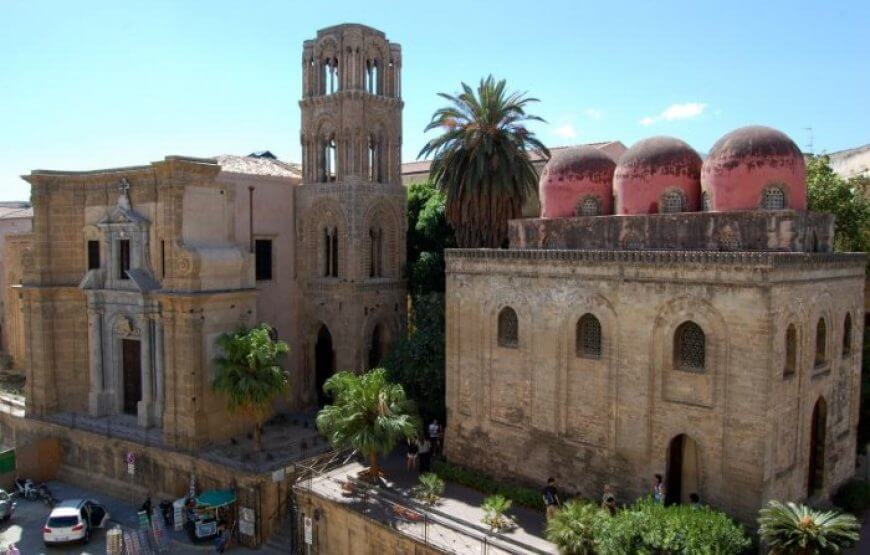 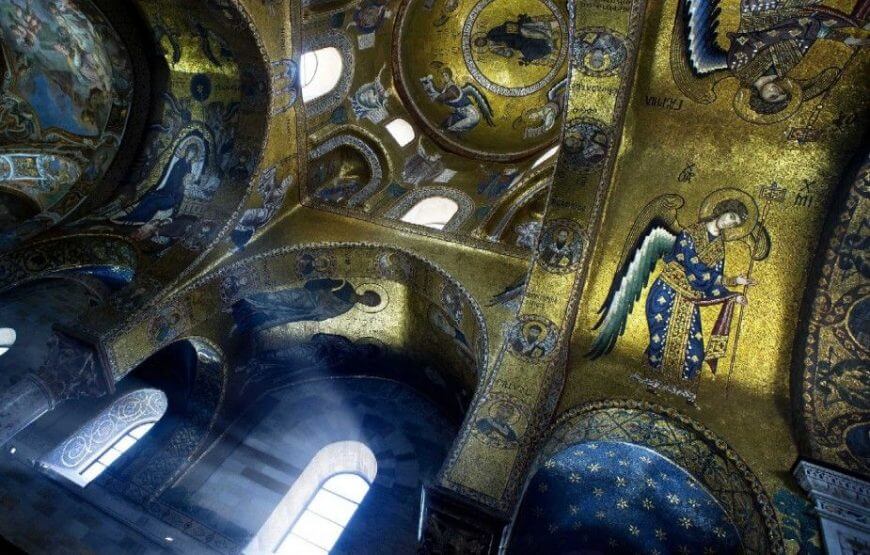 The tour takes the visitor to the places that UNESCO has included in the World Heritage Site in 2015. The Arab-Norman Palermo tour in Palermo is an opportunity to learn about a period of extraordinary artistic and cultural splendor of Palermo and Sicily.

The 12th century represents the golden age in Sicily. We are in the middle of the medieval era and the island is under Norman rule. His northern population brings the Romanesque architectural language to Sicily, a style that was already present in north-western Europe.
The buildings that date back to that period have very original characteristics. Here in Sicily, in fact, the Norman buildings meet the influences of the two populations that previously had settled on the island: the Byzantines and the Arabs. The Arab-Norman style originates from this unique combination, an expression of unparalleled richness and cultural variety.

The Arab-Norman Palermo tour will allow you to experience the dazzling beauty of the Byzantine mosaics, the grandeur of the Norman architecture mixed with Arab elements.