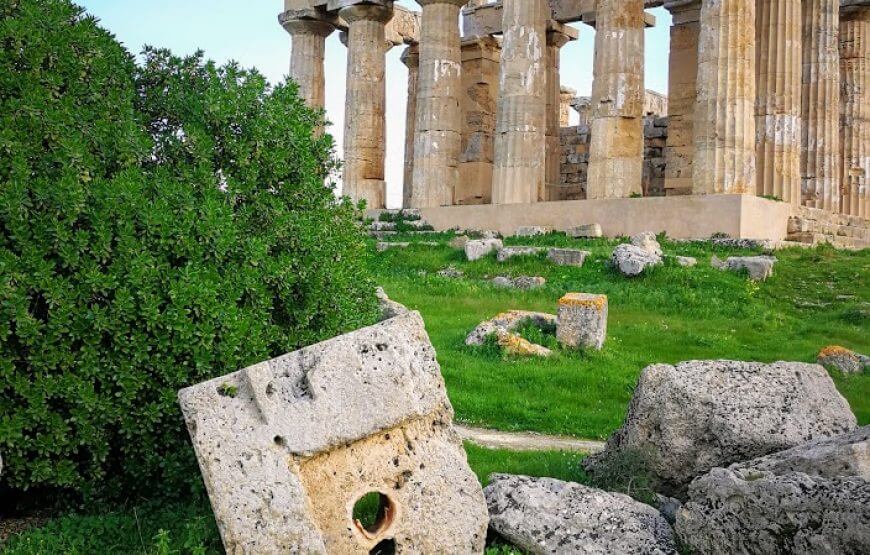 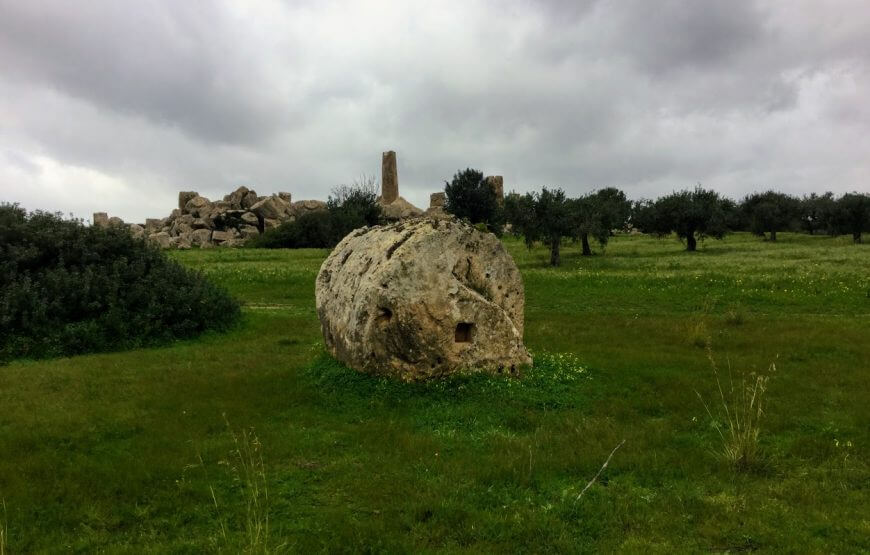 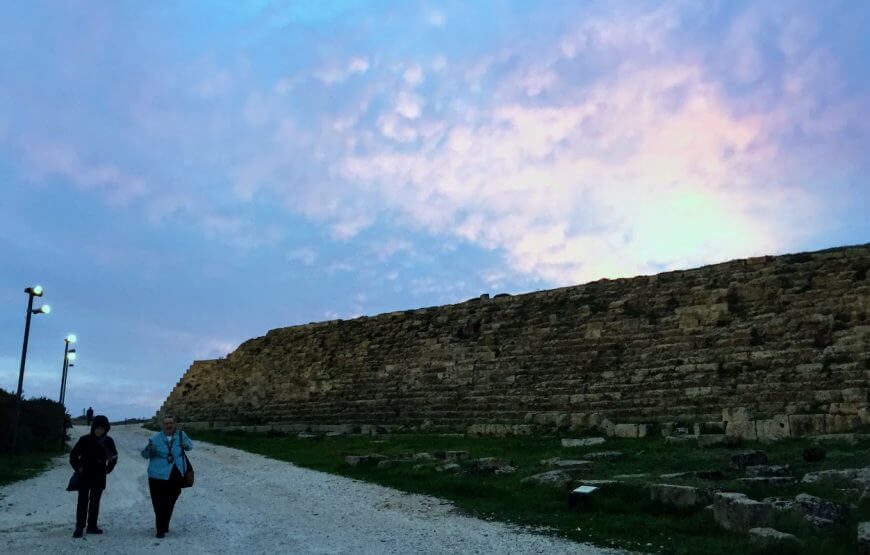 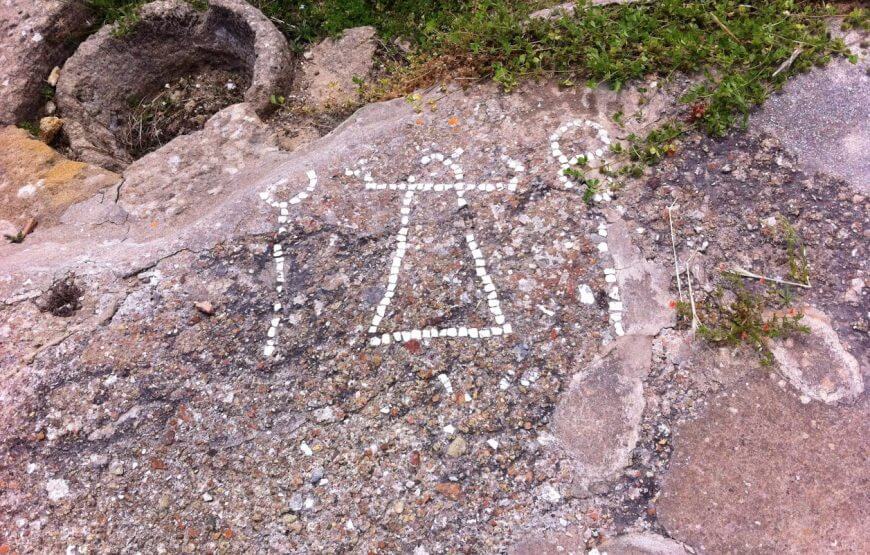 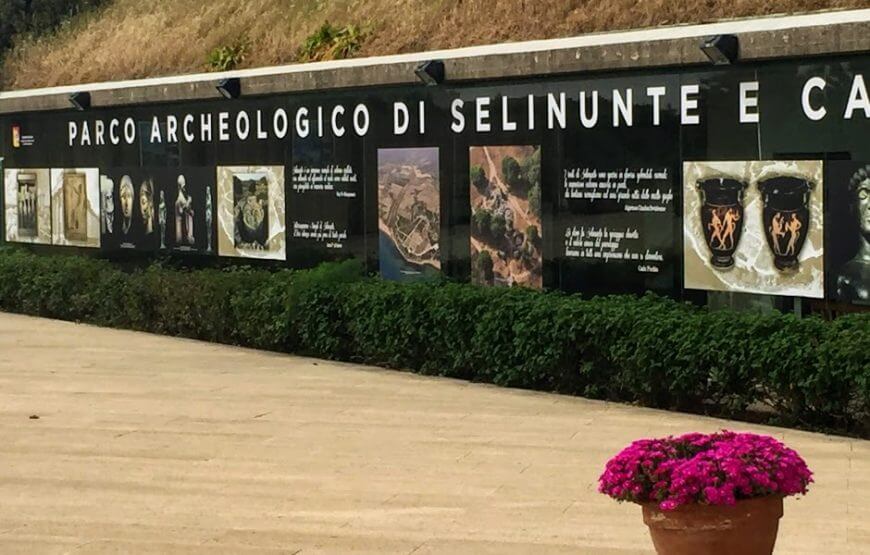 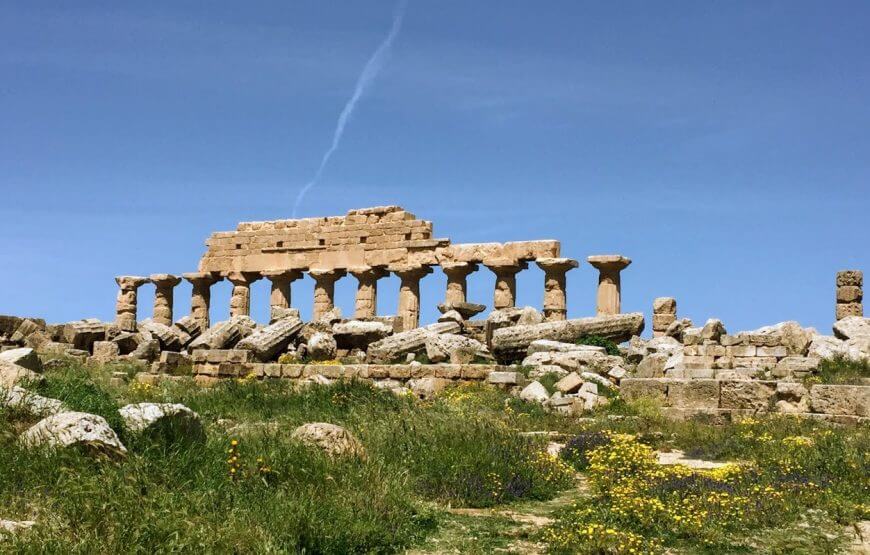 An walking exploration of the archaeological park of Selinunte

Join our Selinunte Tour and explore one of the largest archaeological parks in the world with a local guide.

Situated on the southwestern coast of Sicily, on a series of low hills bound by the blue Mediterranean sea, the site of ancient Selinunte or Selinus has been a field for archaeological investigation and a destination for visitors for over 200 years. In the 18th century the toppled ruins of the "City of the Gods"  were regarded by British intellectuals and aristocrats as particularly picturesque and alluring. Algernon Charles Swinburne, English Victorian poet, in his Travels in the Two Sicilies described Selinunte as «the most extraordinary assemblage of ruins in Europe: they lie in several stupendous heaps with many columns still erect, and at a distance resemble a large town with a crowd of steeples».  Although 15% only of the westernmost Greek colony in Sicily survive above ground new archaeological excavations and the use of geophysical surveying techniques are now yelding the secrets of the lost city.

The site of Selinus today appears as a sprawl of ruined temples and jumbled architectural rubble that still hint at the grandeur of the ancient city. Enhance your visit by booking a tour with our expert tour guides who  will help you make sense of this fascinating site and bring to life its ruins giving an insight into the life of its inhabitants and cross/cultural relations in ancient Sicily.

Meet your private guide at the ticket office of the archaeological park of Selinunte and begin your guided tour with a visit of the Eastern Hill where lie the ruins of three majestic temples named E, F, G.  (As it is not known which deities many of the temples were dedicated to,  archaeologists have classified them using letters). Next, we  go to the Acropolis hill dominated by the 12 standing columns of Temple E and dotted with ruins of temples, fortifications, and houses. As you wander around the remains of these buildings along paths strewn with column sections, blocks of stone and terracotta shards your guide will tell you about the history of Selinunte and the life of its inhabitants before and after the Carthaginian sack of 409 B.C.